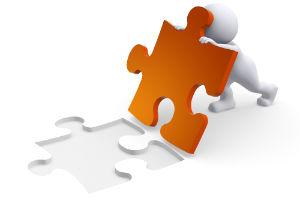 There are few companies in the region that have established a Facility Management model for the management of their facilities; This discipline that already has a wide trajectory in the United States and European countries such as Germany, Holland and the United Kingdom, is just taking its first steps in Latin America.

Although at a global level Facility Management (FM) began at the end of the 70s, it was not until the beginning of this millennium that the issue began to be discussed in Latin America and even the process of positioning and implementation in the region of the models promoted by this discipline is very incipient.

A bit of history

Javier García Montesinos, explains in a recent article on the history of FM in the Spanish magazine Facility Management & Services, that the origins of FM as a discipline date back to 1979 when, driven by a great economic crisis, those responsible for real estate were forced to focus their efforts on optimizing their operating costs.

In particular, a furniture manufacturer named Herman Miller began to create new solutions  for space planning and to promote them among a group of building managers. After an initial meeting to share these concepts, a dissemination group of the nascent discipline called the IMF or Facility Management Institute was established in Michigan.

"The IMF was a branch of the Herman Miller company, whose goal was to advance this discipline as a science and professional activity. The IMF laid the foundations for the recognition that our discipline in business management should have," García explains in his article.

Later, in 1980, the National Association of Facility Management (NFMA) was born to disassociate itself from the institution related to the furniture company and be able to develop its activities independently.

From there, he began the development of Facility Management in the United States and gradually expanded to other countries in the world. Its growth has been such that in a recent study conducted by the international firm MarketsandMarkets, it was established that by 2019 the Facility Management sector will be worth US $ 43 billion.

In the specific case of Latin America, the Argentine magazine Facility Magazine & Workplaces points to the year 2000 as the moment when the subject began to be discussed in the region. In 1999 a local chapter of IFMA (International Facility Management Association) was created, which had an ephemeral duration, but which later gave way to the creation of the Latin American Society of Facility Management (SLFM) in 2002.

A little more than a decade later, similar initiatives are beginning to be seen in other countries in the region, such as Colombia and Peru, which show greater recognition of the role of FM as a strategic activity within organizations.

But to know in detail how the FM sector is evolving in Latin America, no one better than the people who are directly involved with its development. Therefore, we have as guests for this edition David Martínez, global director of the consulting company FM-House, in addition to serving as vice president and director of training of IFMA Spain. We are also joined by José Luis Sánchez, regional director for Latin America at 3g office.

With these two professionals, we spoke first of all about the current situation of the Facility Management sector in Latin America in terms of professionalization and recognition of this work.

For Sánchez, Facility Management is a discipline that about 10 years ago was not known or on the agenda of companies. Today it is not only known that it exists, but also that customers – mainly multinational companies – demand more sophisticated services and this forces service companies to sophisticate, in turn, the level of their benefits.

"The reality has changed dramatically. From almost ignorance of the discipline to be considered a profession of great importance, although today we are still a few years behind the developed countries. "

For his part, Martínez pointed out that first of all it is necessary to determine what are the indicators that can lead us to conclude that the FM in Latin America is right or wrong. These indicators can be, for example, the number of associations dedicated to the subject, which are very few and still incipient, how many companies are implementing FM models and how many professionals dedicated to real estate management are considered Facility Managers.

For both cases, the answer is that there are still few, both companies and professionals, who recognize and implement FM strategies. However, Martinez pointed out that the same situation is experienced in Spain, where he is based. "Simply the FM in the region is in a moment of evolution towards recognizing that it is necessary to professionalize the way in which assets are managed," he said.

He also stressed that Facility Management exists because every organization has and needs someone to manage its properties, some do it in a more systematized way and close to FM models while others do not, but all must have a professional in that area.

As we explained in the first paragraphs of this article, Facility Management arrived in Latin America almost 20 years after it had been established in the United States. Therefore, it is natural that our process is at a different time than other countries that have been working on the issue for more years.

In relation to other regions, what the Facility Management industry in Latin America needs to consolidate more is to become more professional. This is stated by our two interviewees.

"Basically we need professional development, both on the customer and supplier side. This is achieved, mainly, with training and training; create centres of excellence in training through educational entities and specialized associations. In this way we help to professionalize the sector, we create more sophisticated suppliers and customers, which in the end has an impact on users having better services and comfort, "said Sánchez.

In addition to the above, Martínez considers that a fundamental factor for the development of the sector is the punctual attitude of the people who make it up. By this he means the way different professionals work in their day to day.

For Martínez, FM is based on establishing processes and implementing them, so with a flexible attitude it is very difficult for it to improve. Therefore, in his opinion, the main difference between the FM of Europe or the United States with that of Latin America is that the former are much stricter in defining what is wanted, how it will be implemented and how it will be measured.

And he added that "what is happening in Spain is that with the crisis companies need to reduce costs, they have to professionalize, they have to do better and they are seeing that there is a discipline that takes care of this. So the degree of maturity of the market is being given by the initiative that people take to train."

In addition to the above, Martínez mentions that a problem that currently arises is that there are conflicts between the FM sector and sectors such as the administration of real estate that do not understand that the FM encompasses strategic aspects for the organization.

"There are niches that are part of the global universe of Facility Management that do not want to lose the level of power they have as individual branches; then, the FM has to position itself and earn that recognition within the companies, the sector and the market in general, "said the director of FM-House.

Countries that stand out

Although the overall outlook on the continent is positive, especially with a view to present and future development, it cannot be denied that some countries in the region have more advanced processes than others.
Sánchez mentions Mexico, Brazil and Argentina as the leaders in the region mainly because they have the largest and most developed markets. In the case of Brazil and Argentina, there have been professional associations for several years that organize events, hold courses and have magazines and some publications with the purpose of disseminating knowledge of the industry.

For his part, Martinez believes that Panama, Colombia and Brazil are in the lead more than anything for the number of buildings, properties and companies that require Facility services. In the case of Brazil, punctually, the World Cup and the Olympic Games generated a boom of constructions that will require professionals for their management.

To delve a little deeper into the case of Colombia, we had the opportunity to speak with Elver Peñuela, Coordinator of management of non-industrial facilities of Ecopetrol, who said that from his perspective in Colombia the evolution of FM has been very little.

"Basically until maybe two years ago the term has been used and associated with activities related to maintenance management, building operation and associated general services," he said.

However, he stressed that, in his opinion, little by little this profession will begin to be more recognized by the administration and more importance will be given to the work of the Facility Manager. "It depends on the Facility Managers themselves that this is the case and for this it is necessary that the academy in Colombia, as has happened in Europe, usa and some Latin American countries, is involved in the development of this discipline," said Peñuela.

Finally, we asked José Luis Sánchez three questions about the medium and long-term evolution that can be expected for the Facility Management sector in Latin America. First, we investigate what are the factors that affect the increase in the implementation of Facility Management programs in large and small companies in the region.

For our interviewee, cost is the main motivation. Facilities management represents the second most important expense of companies, after staff salaries, so the savings that can be achieved by implementing a Facility Management strategy can have a huge impact on the results of companies.

On the other hand, "the nature of work has changed enormously and offices (in their design and associated services) have become an important business tool that has a great influence on the productivity and well-being of people," said Sánchez.

Thanks to these changes, the guest contributed, more and more sophisticated demands are found on the part of clients and their internal Real Estate and Facility Management teams, because companies with large volumes of assets have quickly understood that optimization in the use and mainly in the expenditure of these assets can generate very important savings that directly affect the result of the business.

Finally, Sánchez emphasized that surely you can see a growth and consolidation of this discipline in the region at a very high speed.

"The development of the FM discipline in first world countries has had an evolution of approximately 25 years. We know that the speed of change increases exponentially, so it is to be expected that the development will be very fast and we will witness how large companies (both customers and suppliers) push the professionalization of the market in a much shorter period of time. " 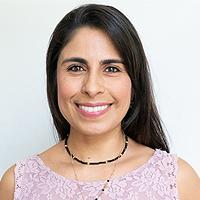 No thoughts on “Latin America advances in Facility Management”